Vindaloo Meat Pies (or however you spell it)

Last night, my husband and I made Vindaloo Meat Pies for dinner.  They were delicious!  We used the mini pie maker that my mom got me for Christmas.  Here's what it looks like: 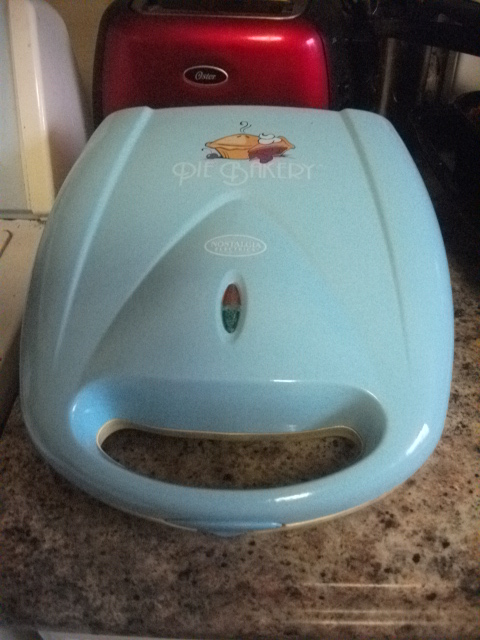 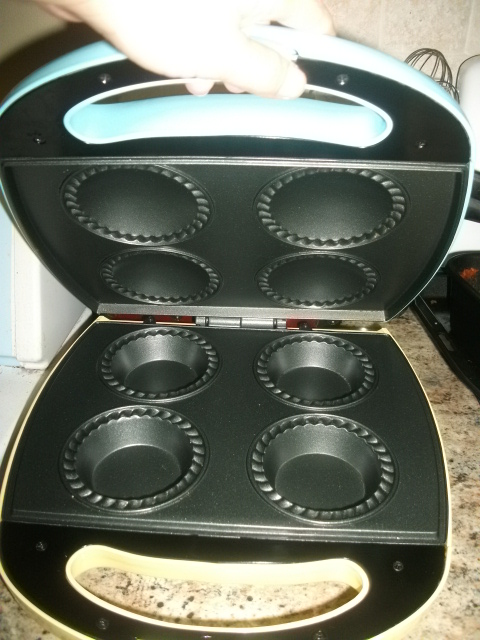 I posted this on facebook on my fan page and I got a few people asking for the recipe I used, so I thought I would add it here.

NOTE:  The filling is a vindaloo, so it is spicy.  Use your own judgement and taste it so that you know it will be right for you.  Also, all seasonings are round about...my husband doesn't measure things, so use your preferences.

First, I cut up an onion, a few single cloves of garlic, some green onions and some fresh parsley.

Put the things that you cut up in with the groundmeat, (we used about a pound and a half...which was enough for 2 batches in the pie maker, plus a good bit left over to put on top when the pies were done).  Brown the groundmeat, along with the chopped up things, until the meat is cooked thoroughly.

Then add the seasonings.  My husband just kind of sprinkled each seasoning around the pot a little.  Seasonings are black pepper, cayenne pepper (ground red pepper), honey, toasted sesame seeds, ground thyme, ground cloves and curry powder.  We also used about 2-3 tablespoons of a vindaloo or curry paste that comes in a jar and about half a bag of Potatoes O'Brien which is in the freezer section at Kroger...by the fries).  Cook that until the potatoes are soft and not frozen.

This came out pretty spicy...Like you need to have some kind of drink with dinner, but not so spicy that you can't eat it or that you would need to drink milk.  Please note that we like spicy food a lot, but if you like curry, than you probably do too.

As with any recipe, all seasonings used are optional and to taste.

Now while he was making the filling, I made my pie crust.

Here's the super easy recipe for that:

In a small bowl, mix together 1 and a half cups flour, 1/2 cup vegetable oil, 1 tablespoon sugar, 1/2 teaspoon salt, and 2 tablespoons milk.  Just stir all that together until it makes the crust.  It may be a little crumbly.  If it is, just add another tablespoon of milk.

This recipe makes enough for one side of a pie.  You can double the recipe to make enough for the top and bottom.  I doubled it last night and had enough to do 2 batches in the pie maker and had some left over.  It worked great for the meat pies and I use it for all of my sweet pies too.  It's a great recipe and it produces a buttery tasting, flaky pie crust.

That's it!  If you use the mini pie maker, just put the bottom pie crust in the machine, add the filling and put a top on them.  It took about 7 minutes for ours to get golden brown on top.

If you cook this as a big pie in the oven, I would probably cook it at 375 or 400 degrees for about 25 minutes.  Just until it's golden on top.  The filling is already cooked, so you are basically just cooking the crust.

Hope ya'll enjoy the recipe!  Let me know how you like it or if you tried it.  If your cooking times and temperature worked good, let me know what you did!